Frame by Frame, Moves That Made Simone Biles Unbeatable

The American gymnast Simone Biles won the gold medal in the individual all-around competition Thursday. Biles showcased an arsenal of difficult moves, executing them more masterfully than her competitors and reaching heights in her tumbling passes that the other gymnasts could not match.

Biles executed an Amanar, one of the toughest vaults for female gymnasts. She earned a 15.866, the highest score in the event during all-around competition. Here is her vault from the competition: 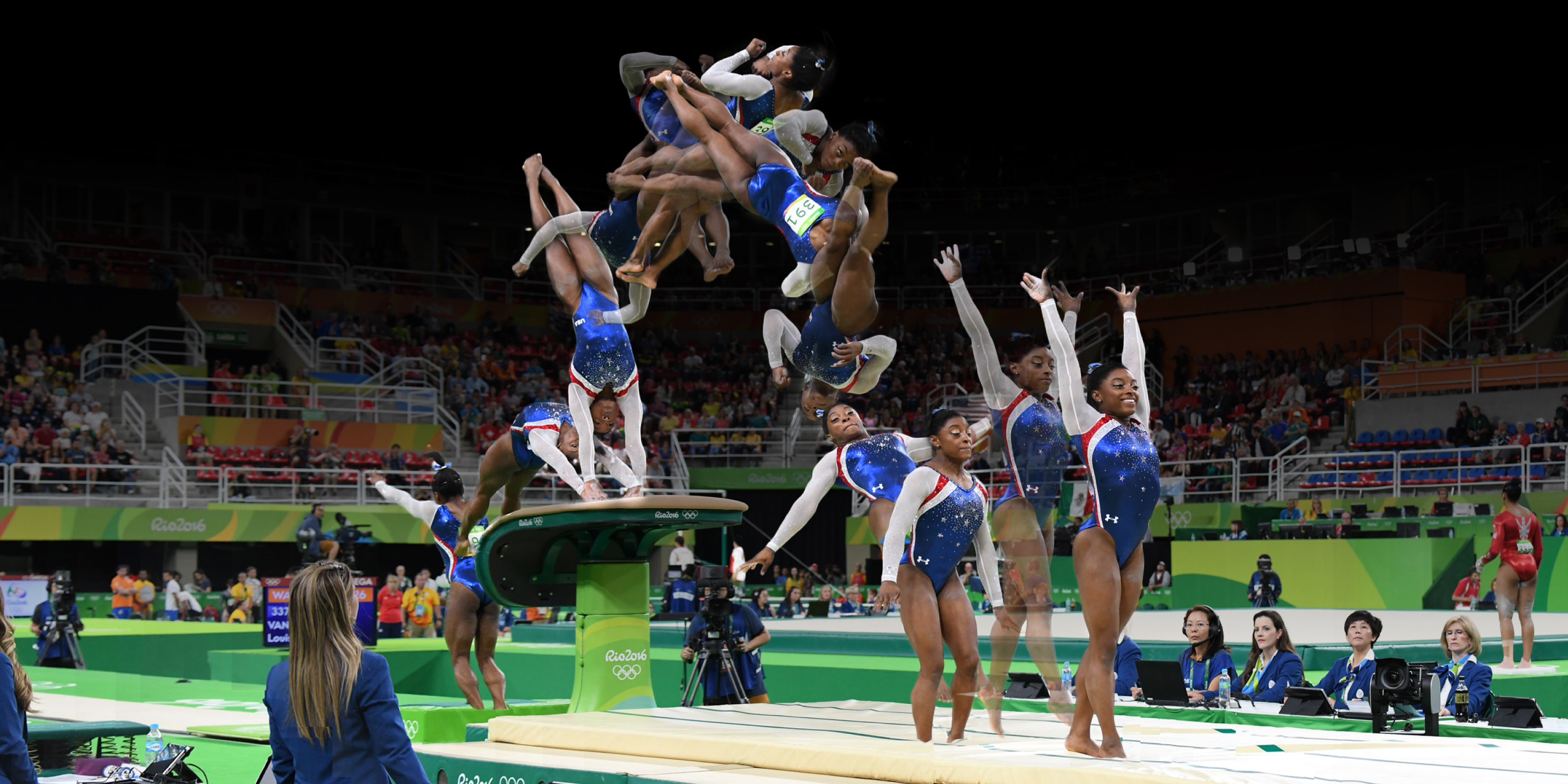 The height Biles achieves as she pushes off the table sets her apart from other gymnasts.
“Simone actually gets three or four feet higher than everyone else,” said the retired gymnast Jordyn Wieber, a member of the American team that won the gold medal at the 2012 London Olympics.
The extra height gives Biles more time to complete two-and-a-half twists in the air, giving her a better chance of sticking her blind landing. (She took a step on Thursday’s landing.)
Peter Kormann, an Olympic bronze medalist and a former United States men’s Olympic gymnastics coach, said, “Currently, she does that vault better than anyone in the world.”

Biles had the highest score on the beam even though she appeared to lose her balance at one point. She quickly regained her composure and completed her routine, which had the apparatus’s highest difficulty level in the all-around. 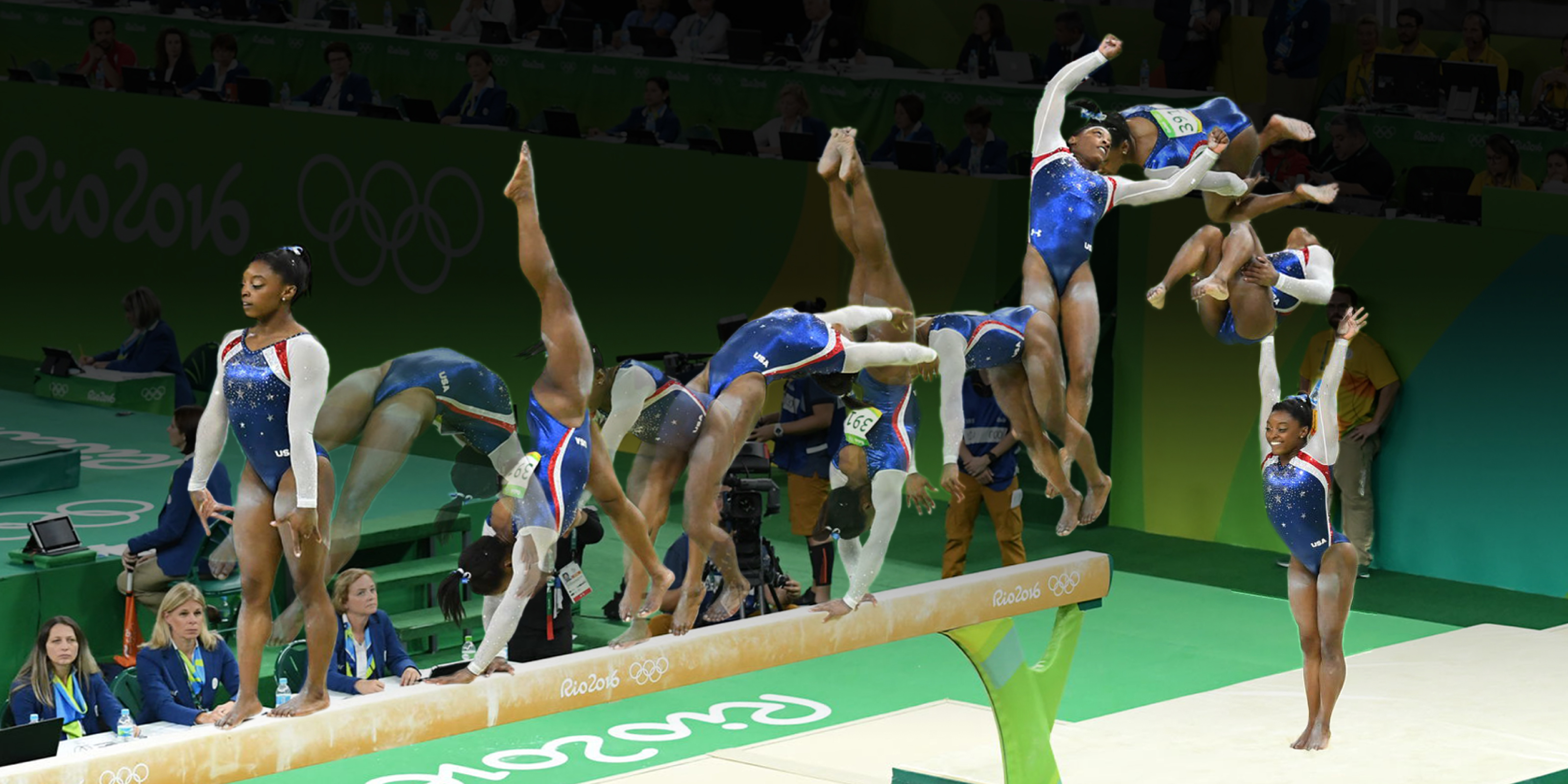 “What Simone does here, not many people in the world do,” said Nastia Liukin, an NBC Olympic analyst and a five-time Olympic medalist. As she noted, Biles effectively executes a tumbling pass on the beam that other gymnasts would only do on the floor.

“She essentially tumbles on the beam before she does the dismount,” Liukin said.

Kormann said: “You’re looking for skills that you do on floor that you do on beam. You need to be athletic. Simone is probably the most athletic female gymnast in history.”

Biles said her beam performance was particularly rewarding. “I think I’m most happy with beam just because it always feels really good once you hit a good beam set,” she said.

On the floor exercise, her signature move is a double layout with a half-twist and a blind landing, now officially known as the Biles. Here is how she executed the move on Thursday

The move begins with a backward takeoff. Biles somersaults twice, head-over-heels, with her body in a straight, laid-out position. At the end of the second somersault she rotates her body a half-turn so that she lands facing forward. 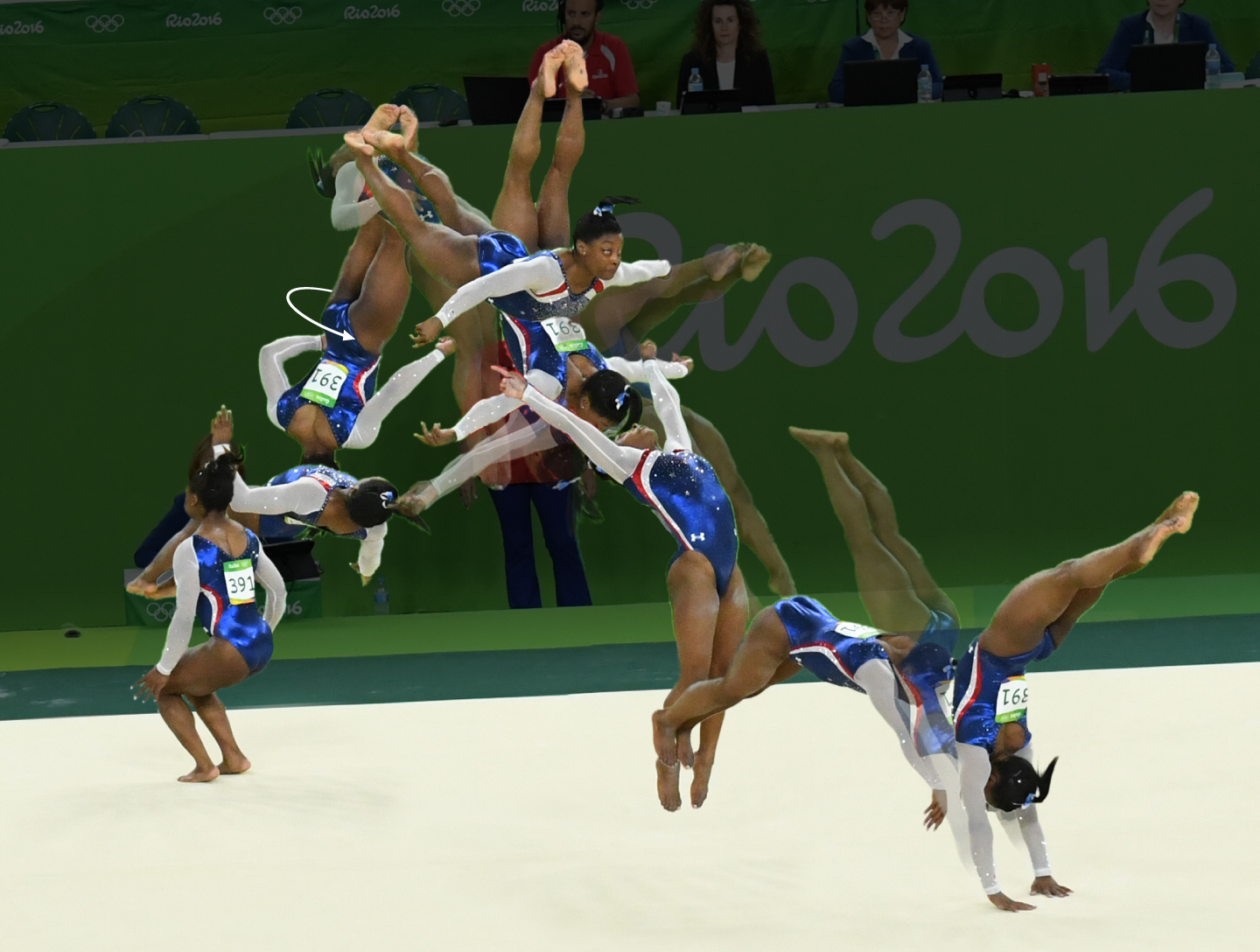 The half-turn is the most difficult part of the maneuver. Most people do a full turn, so to stop one’s body on a half-turn is “pretty hard,” Biles has said.

She first tried the move after she tore her calf muscle when landing a full turn. Her coach, Aimee Boorman, suggested she try a half-turn instead. The forward-facing landing did not hurt her calf as much.

“My coach was like, well what if you do a half-turn. Then you could get it named after you, if you competed at a world event,” Biles said.

Here is Biles’s third tumbling pass of her floor exercise, which ends with a double twisting, double back.

“All her tumbling passes were phenomenal,” said Martha Karolyi, coordinator for the United States women’s team since 2001. “Her floor routine was up in the sky. I said ‘wow,’ and when I say ‘wow’ the girls know what that means. It’s superlative.”

Biles did not get the highest score on this apparatus, but she had a solid performance and did better than during Tuesday’s team event.

“Some of us don’t even pay attention to scores,” Biles said. “You can only control your performance, not the scores you get.”

Here is how she executed her dismount, a full-twisting double somersault, at the end of her routine:

“I was coaching her from 10 feet away,” Boorman said. “And then when she dismounted, I thought, ‘That’s the best bar routine you’ve ever done in competition.’”

One of the reasons Biles was considered by many to be the world’s greatest gymnast even before Thursday’s competition was that she executed the most difficult moves with consistency and quality.

Her routines had the highest or were tied for the highest level of difficulty in the competition for three of the four apparatuses: