The estranged husband of a 27-year-old Plano, Texas, woman went on a deadly rampage and fatally shot his soon-to-be ex-wife and seven of her friends on Sunday night at a Dallas Cowboys viewing party she hosted, PEOPLE confirms.

Spencer Hight, 32, is the gunman identified by the Plano Police Department, who took the lives of his estranged wife, Meredith Emily Hight, and seven of her friends in the worst mass shooting in the city’s history. Two other victims survived the shooting and were taken to the hospital, where one later died, police said. 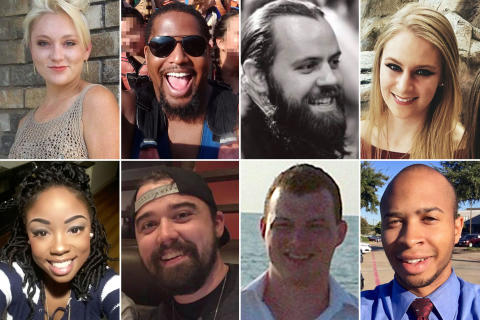 “We’ve never had a shooting of this magnitude.”

“We’re one of the safest cities in the country. It’s just a terrible event, and our hearts go out to the families and loved ones.”

Police said, next of kin have been notified. All victims were located in the backyard or the inside of the home. No children were involved in the shooting.

IPOB accused President Buhari for not solving the nation's challenges